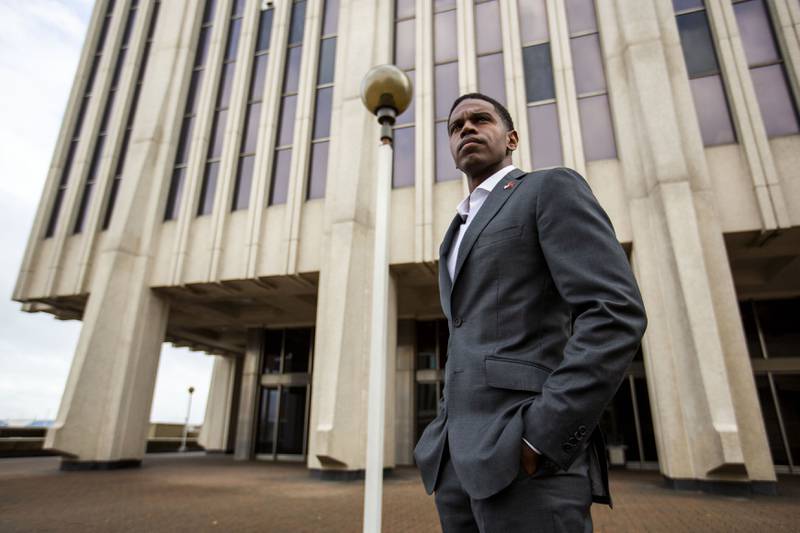 Phillip Jones officially took over the role of Newport News mayor on Jan. 1. But before then, he got a jump start on advocating for the city’s needs. Jones traveled to Washington, D.C., on Dec. 16 to meet with senior leadership of the Biden administration at the White House, where he advocated for federal funding […]

Black Virginia: Phillip Jones, 33, to Be Sworn in as One of America’s Youngest Mayors on Jan. 10 At 33, Phillip Jones will be among the youngest Mayors in the United States when he takes office in eight days. Jones will be sworn in on Jan. 10 at 11 a.m. in Newport News. He will be the city’s 27th Mayor, succeeding McKinley Price, 73, who took office in July of 2010. On Nov. […]

Yahoo: Here’s What Some Newly-Elected Black Mayors Want From The White House 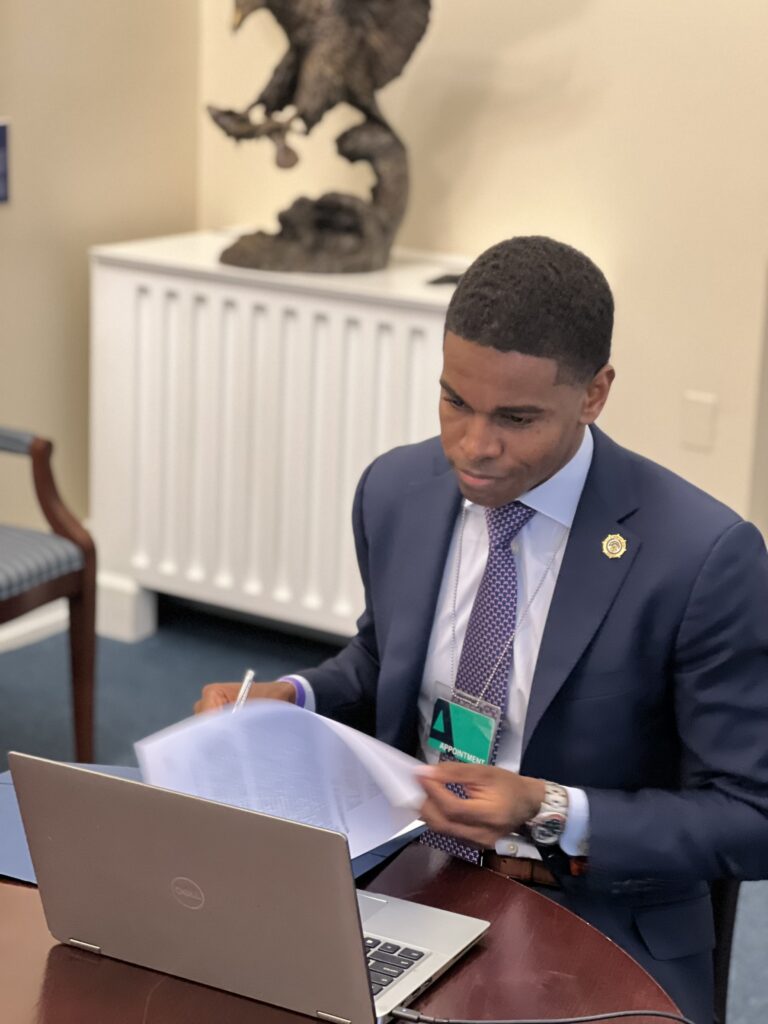 Affordable housing. Clean drinking water. Transit and mobility. Those are just a few of the issues that newly-elected mayors from across the country went to the White House late last week to tell the Biden Administration they’d like help with once they take office. In total, some 14 mayors representing cities as distant as Long […] 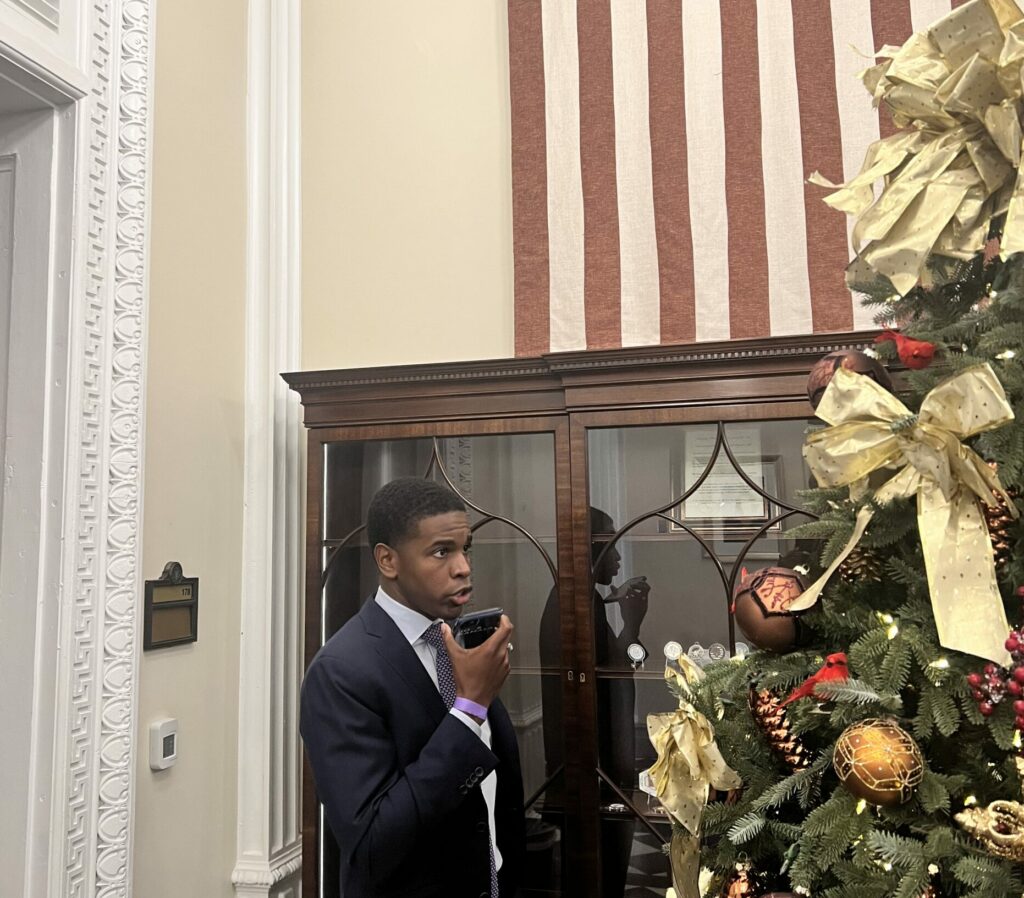 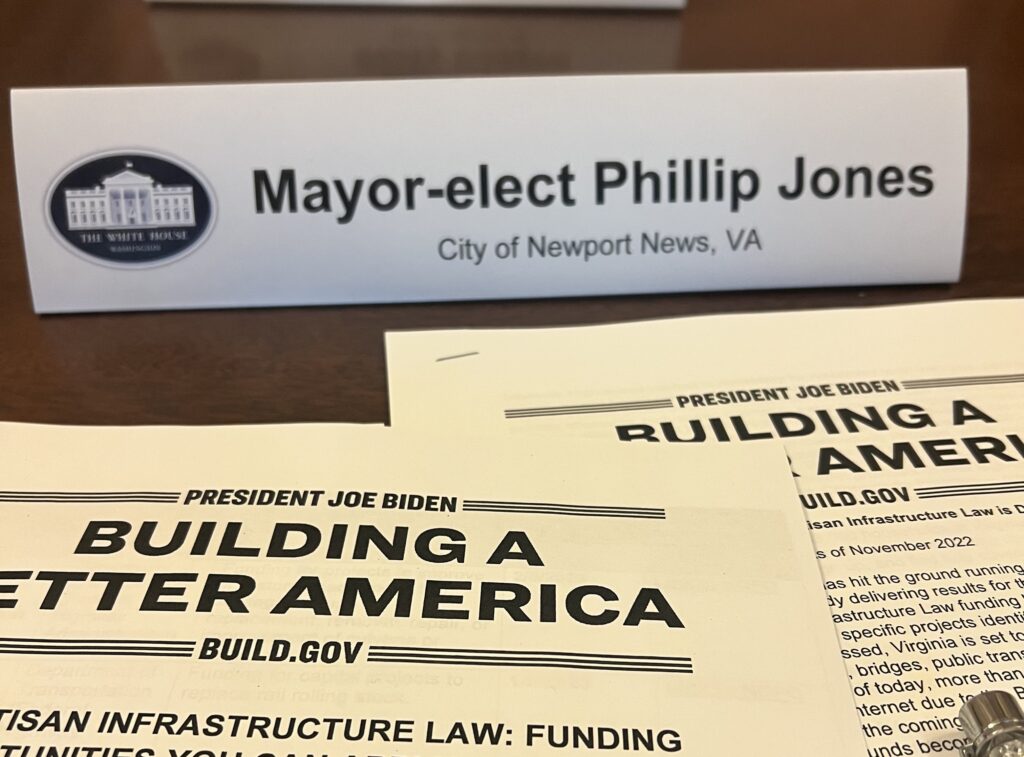 Friday, President Biden dropped by a meeting with a bipartisan group of 13 newly-elected mayors and mayors-elect to congratulate them on their elections and emphasize the importance of the strong partnership with this Administration and local governments. The mayors and mayors-elect discussed key initiatives around public safety and housing, as well as implementation of the American Rescue […] 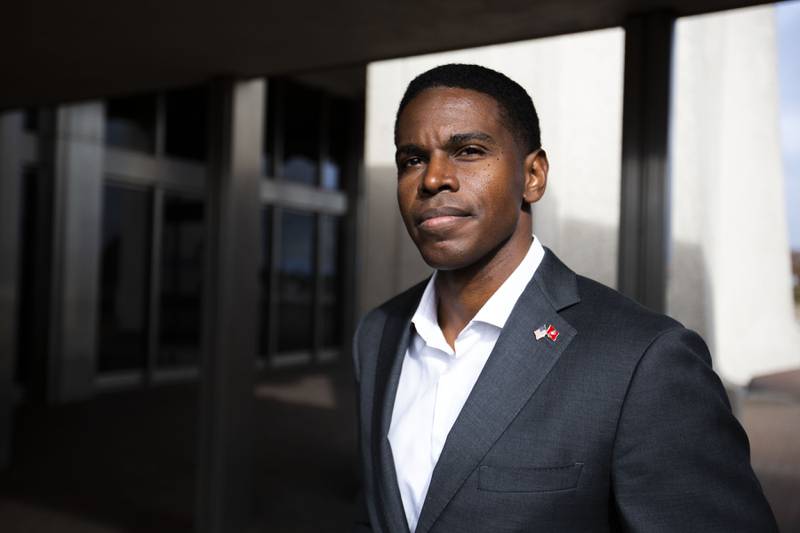 At 33, Phillip Jones is among the youngest of America’s newest mayors. Born to a mother and father who were both U.S. Air Force pilots, Jones attended the U.S. Naval Academy and served six years in the Marine Corps as an infantry officer. After earning joint graduate degrees from the Harvard Kennedy School and Harvard […] 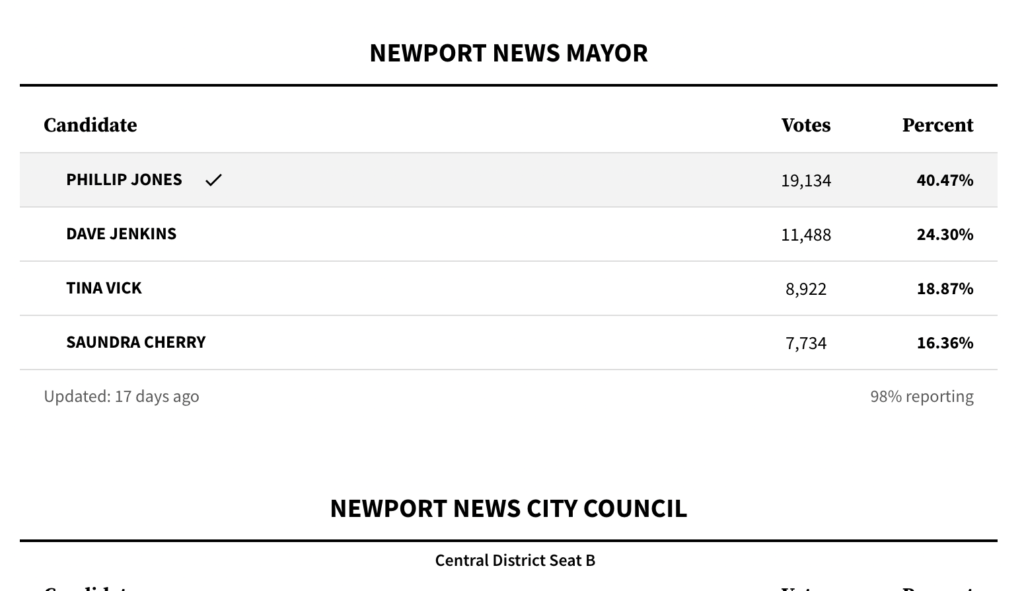 NEWPORT NEWS, Va. (WAVY) — Phillip Jones has declared victory in the race to be Newport News’ next mayor. The current planning commissioner has garnered 40% of the unofficial vote with 45 of 47 precincts reporting, over opponents Vice Mayor Saundra Cherry, Councilwoman Tina Vick, Councilman David Jenkins. The race has been the most expensive […]

Phillip Jones is a candidate for Newport News mayor. His name will appear on the ballot on Nov. 8, 2022. 10 On Your Side reached out to all of the candidates running in this race. If you do not see the candidate listed with a profile, we did not receive one. See who is on […]

Paid for and authorized by Good News PAC. Use of military rank does not imply endorsement by the Marine Corps or the Department of Defense.